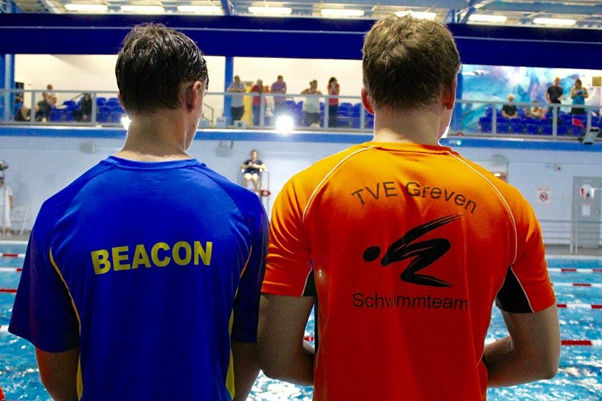 Beacon has for over thirty years held an annual triangular gala against French twinned town Montargis and German town Greven with the hosting of the gala rotated each year between the towns.

In June 1981 the Club visited its twin town of Montargis in France for the first time and fifteen swimmers gained medals between them.  In May 1982 Beacon hosted an inaugural triangular gala between the three clubs and towns which was held at St. Johns Pool in Tunbridge Wells as Crowborough did not have a 25 metre pool.